September is known around the United States as National Suicide Prevention Awareness Month and is intended to help promote awareness surrounding each of the Suicide Prevention resources available to us and our community. The simple goal is to learn how to help those around us and how to talk about suicide without increasing the risk of harm.

In 2017, Ward 3 Alderman, Joel Frieders, began a movement to start a nationwide conversation about suicide prevention. With the support of Mayor Gary Golinski and the Yorkville City Council, along with a personal goal to understand, educate, intervene, and reduce the occurrence of suicide by facilitating open discussions, Alderman Frieders decided to put his plan into motion and reach as many lives as possible.

The NSPAMP was first read in Yorkville, Illinois on August 24th, 2017, by Mayor Golinski. This proclamation established the month of September as National Suicide Prevention Awareness Month in the United City of Yorkville. The goal of the proclamation was to promote awareness of the suicide prevention resources available within the community, and to encourage others to simply be available to those around them by learning how to discuss suicide without increasing the risk of harm. By removing the stigma that surrounds those conversations, opportunities are created to reduce and prevent these traumatic occurrences. Soon after the proclamation was adopted in Yorkville, 24 other cities in Illinois signed on, including 2 counties, 2 cities outside of Illinois, and the State of Illinois adopted it as a House Resolution.

In 2018, the proclamation reached an amazing 234 cities and 20 counties, in 40 different states all adopting the NSPAMP by reading the proclamation publicly and discussing suicide from an official capacity. The potential impact for the 2018 NSPAMP Project totaled 28,137,912 United States citizens!

The proclamation is one way that the United City of Yorkville and others can show support for local educators, mental health professionals, athletic coaches, pack leaders, police officers, and parents, as partners in supporting our community in simply being available to one another.

"With your participation, now and into the future, every year that we take the time to address suicide, we help build a strong foundation of thoughtful municipal government and a thoughtful community, reminding our constituents that we’re all human and we’re all in this together. Keep talking."

Below are documents for your use and information. 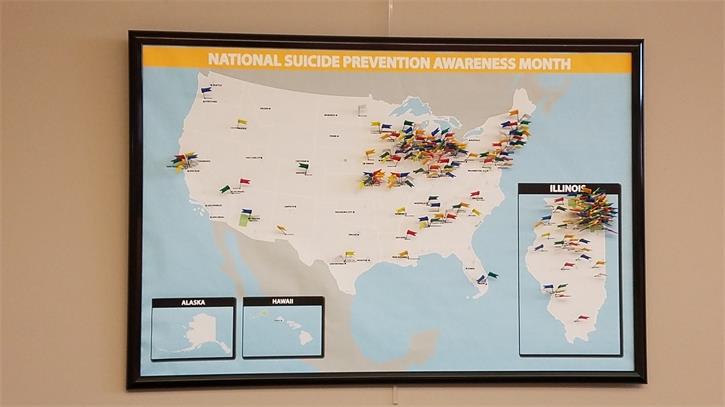