Create an Account - Increase your productivity, customize your experience, and engage in information you care about.

Yorkville has seen substantial growth over the past 20 years. Click on the picture to the right to take a look at how the City has grown over time. You can scroll through year by year and see how each subdivision developed.

All of the data illustrates when residential dwelling unit permits were issued. From this information, we can estimate and project the current and future population. 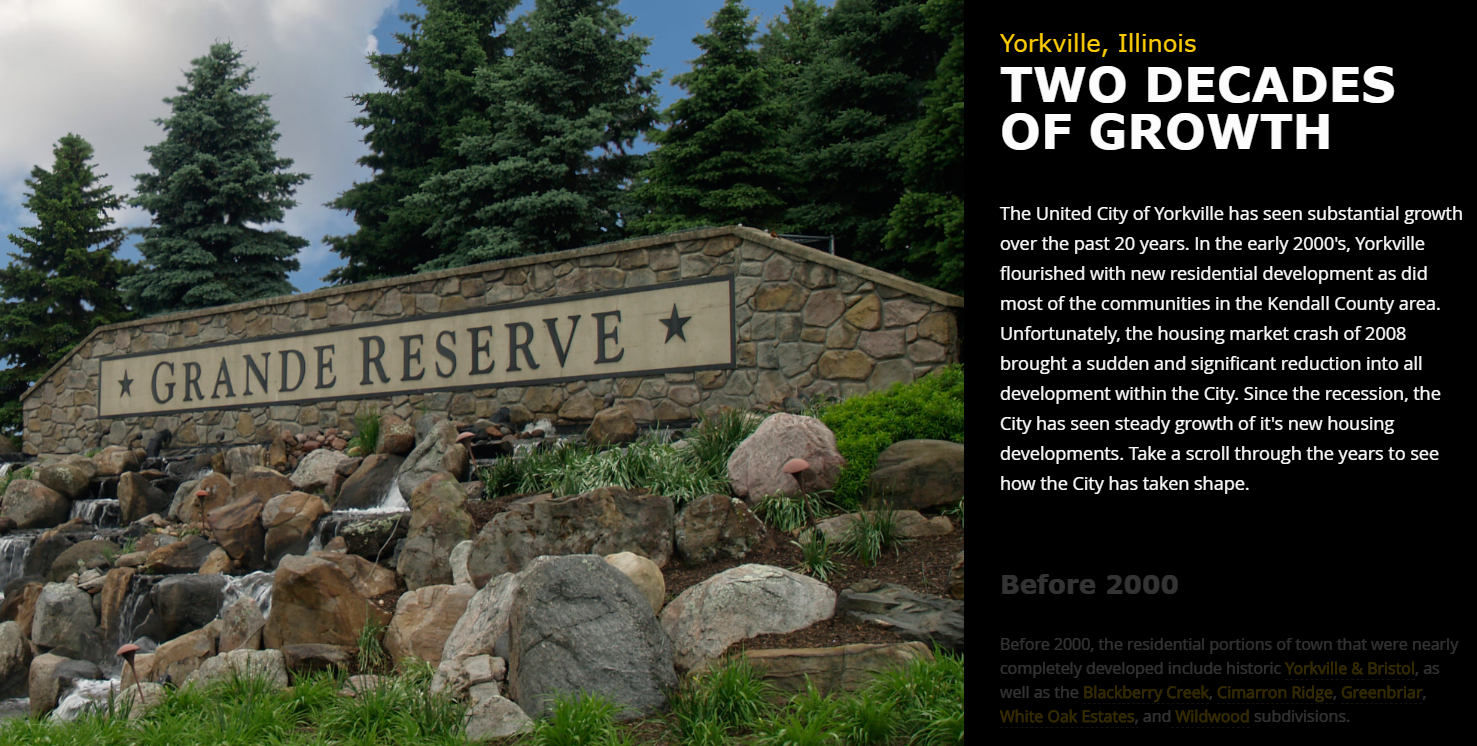 The City of Yorkville has seen its share of growth and decline over the past 2 decades. As shown in the chart below, Yorkville was one of the fastest growing municipalities in the state in the early 2000’s. It was part of the housing market boom that made Kendall County the fastest growing County in the nation. Unfortunately, as the housing bubble burst, the decrease in residential development was dramatic. 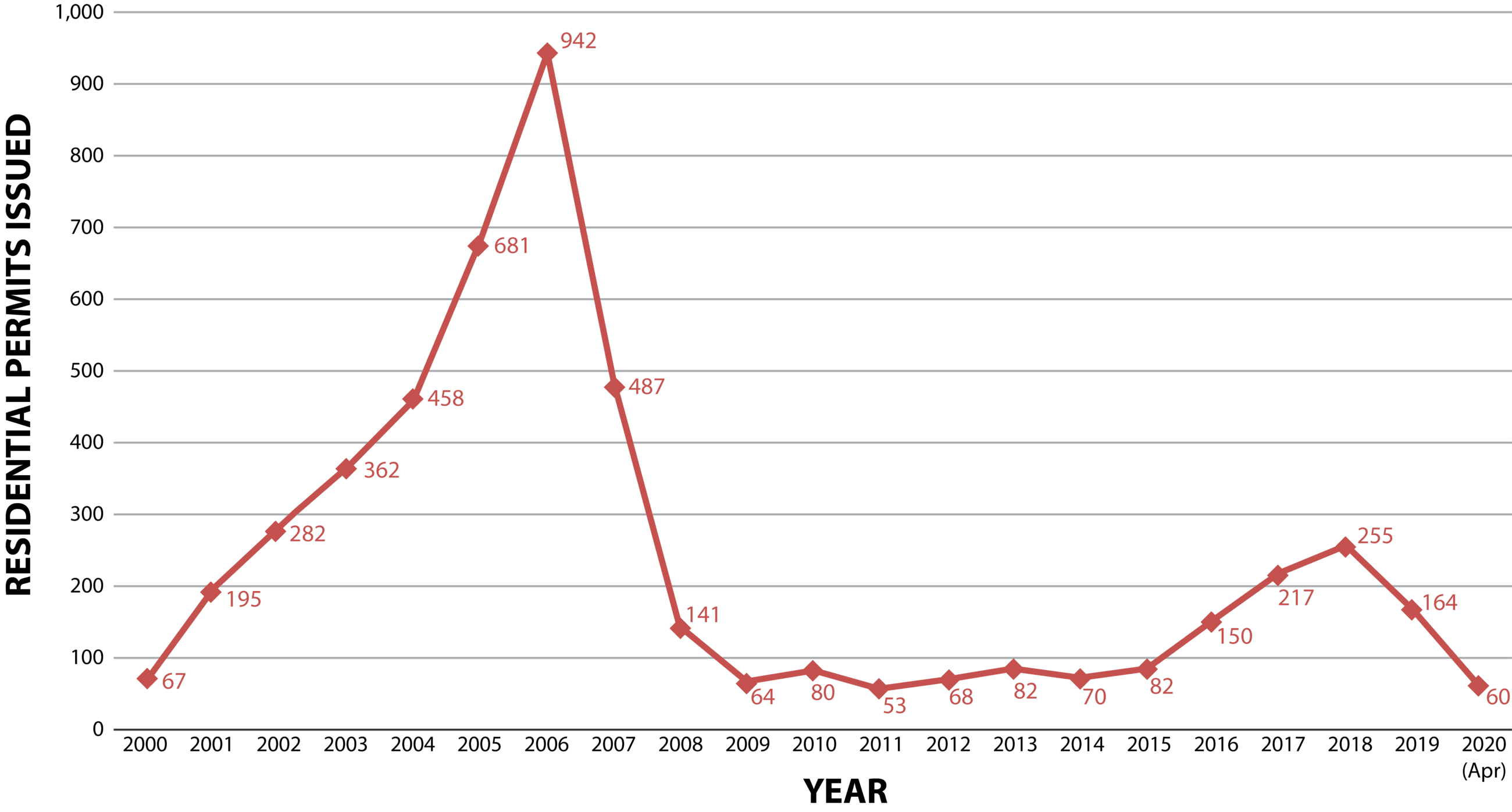